On Saturday I was slumped on the sofa being ill when I noticed something unusual buzzing the daffodils outside the window. Bravely I dragged myself outside to investigate but by the time I got there, it had gone. Once I got back inside, it was back again. Obviously. This went on for some time. Until I eventually snapped the offenders, of which there were several feasting on early Spring flowers. From which I conclude that we have a Bombus pascuorum nest somewhere near by. And if you want to know why this early flying bee is commonly called the hairy-footed flower bee, you’re just going to have to use your imagination: 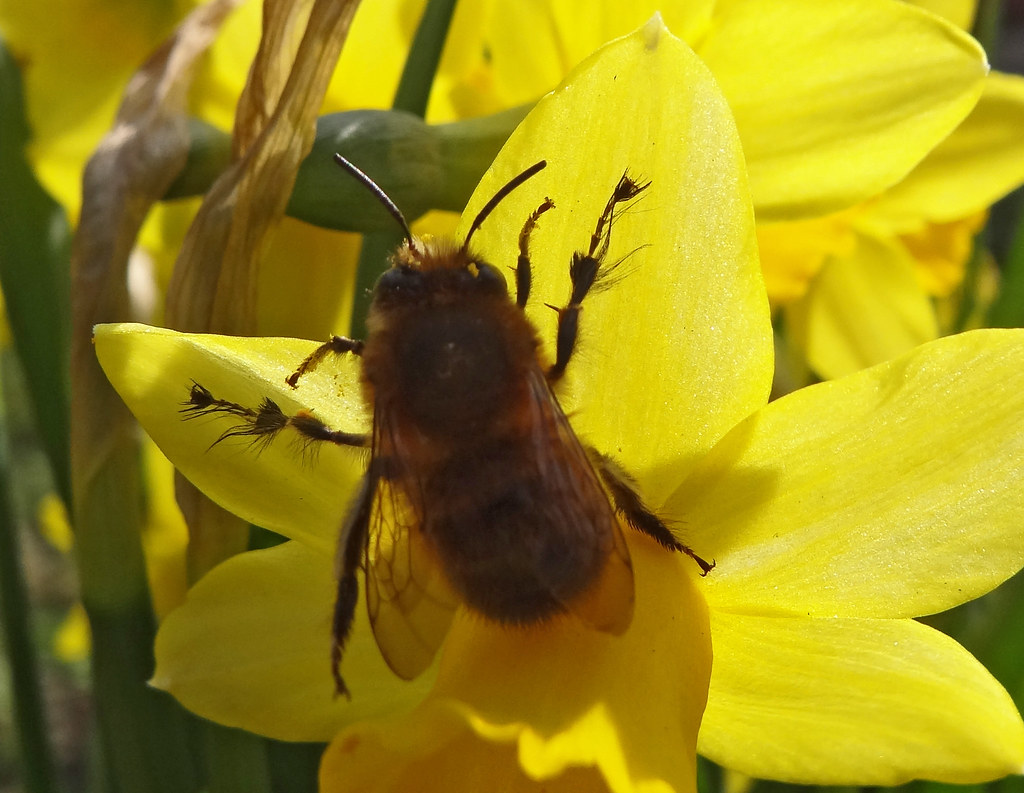 This entry was posted on March 24, 2015 by AJ Cann. It was filed under Uncategorized and was tagged with bees, insects, macro.