Never Work With Children or Myriapods 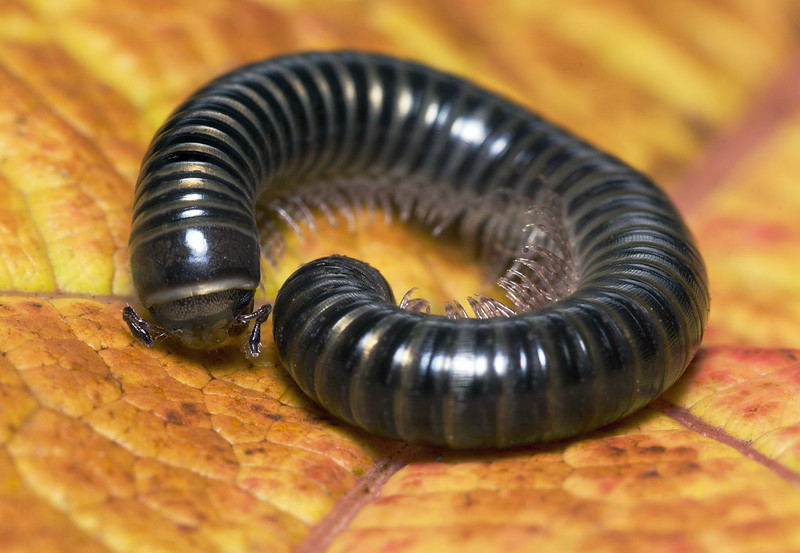 I’ve shown White-legged Snake Millipedes before, but I’ve got no problem doing it again for several reasons. First and foremost, I like them. But being shiny, they’re also quite a good test of my new X-ray Diffraction Argon Laser Quantum Diffuser. Thanks to my almost magical design skills, the diffusing bit worked quite well. But there was a problem – bloody biology! Getting enough light to focus at high magnification meant that the millipede froze – good for focus stacking – but in a rather unnatural pose. When I turned the light off, it resumed normal behaviour, but was moving too fast to get more than one frame off, so no focus stacking. Never work with children – ever. And while we’re at it, never work with Myriapods either.

In the end I couldn’t decide which shot I like best, so you’re getting the 2 image stack above and the 8 image stack below. 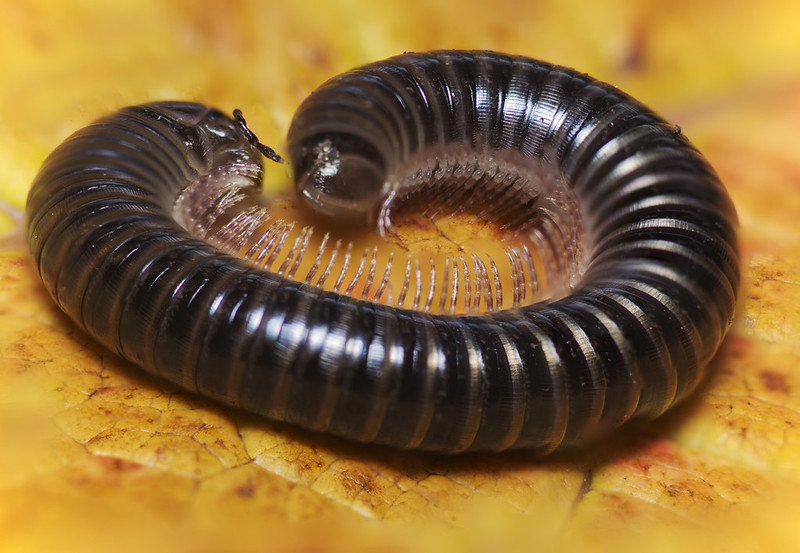 This entry was posted on November 24, 2015 by AJ Cann. It was filed under Uncategorized and was tagged with focus stacking, insects, macro.