Oystercatcher on the machair

At high tide the Oystercatchers abandon the shore and move up to the machair, the strand that’s not quite land and not quite beach. They also use grass verges on roadsides, even in the towns, becoming garden birds inspecting lawns alongside the Blackbirds. But Blackbirds don’t feel the pull of the tide…

May 31, 2015 | Categories: Uncategorized | Tags: birds, wildlife | Comments Off on Oystercatcher on the machair

A bunch of bugs

We went looking for dragonflies this afternoon, but didn’t find any, only this one male Banded Demoiselle (Calopteryx splendens) which wouldn’t play ball for a decent shot. 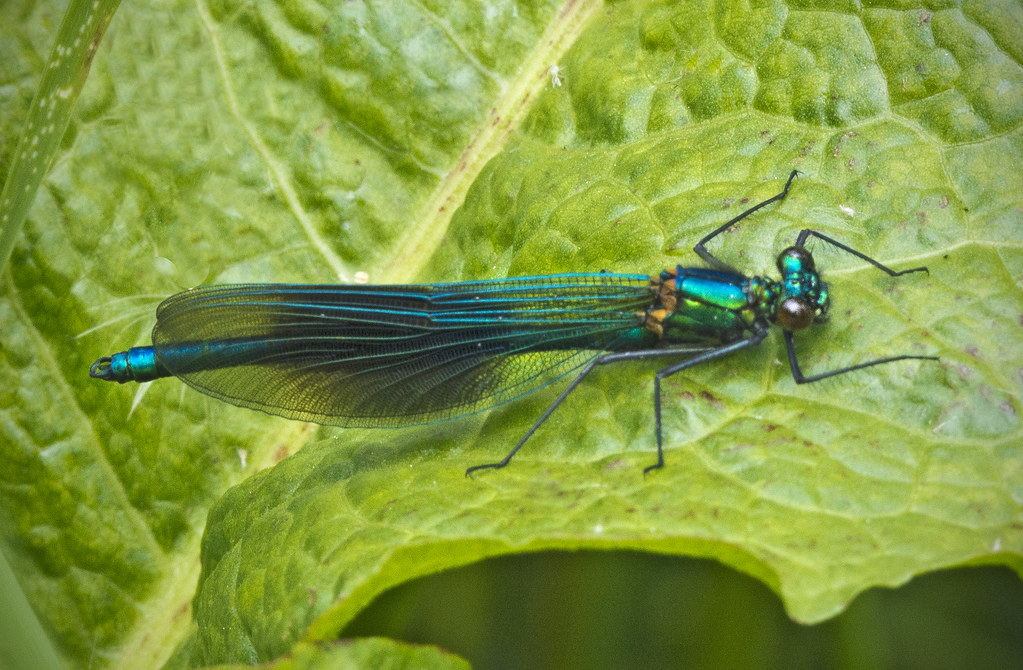 The star of the show though were the ladybirds, like this 14 Spot Ladybird (Propylea quattuordecimpunctata) 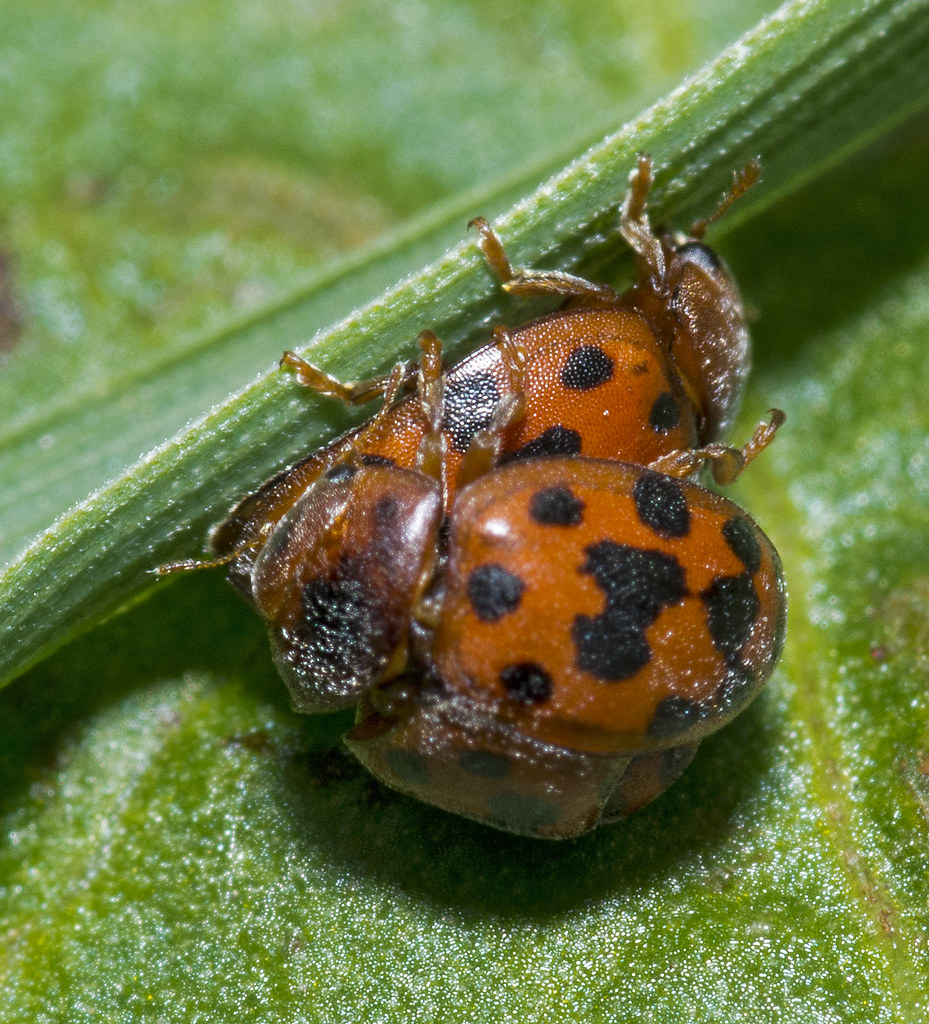 Green Dock Beetle – Gastrophysa viridula.
I’ve seen some lovely images of Red Dock Weevils (Apion frumentarium) recently, so went looking for them but I didn’t find any. Instead, I found lots of Green Dock Beetles. It’s the mating season (for Green Dock Beetles – what you get up to in your spare time is your own business). The females get so full of eggs that the wing cases don’t preserve their modesty:

If you want to find some for yourself, look gently (so they don’t drop off) on the underside of Broad Leaved Dock leaves. Sadly they were all too frisky for any focus stacks so you’ll have to make do with snapshots.

Pulsatilla vulgaris. The darn things were everywhere but surprisingly difficult to photograph. But so beautiful, and so exotic in the English landscape. And so darn hard to shoot while being buffeted by the wind on a cold spring day.

Fleshfly – Sarcophaga spp. – difficult to identify these to species level. This is a three image focus stack. The left eye isn’t damaged, it’s just a reflection of the end of the lens.

Last night I was reading the BWPA website and came across something to the effect of If the species name is the only caption you can come up with for an image, don’t bother submitting it. This knocked me off my axis temporarily. Recovering, I quickly changed the title of this entry.

I found this cardinal beetle (Pyrochroa serraticornis) recently and was charmed not only by its attractive appearance but also by its behavior. Aha, thinks I, here is a glorious focus stack opportunity! But Wolsey (as I’ve called him) had other ideas. A highly active visual predator (look at those eyes!) it didn’t attempt to run away, but it was clearly very interested in the lens being thrust in its direction, bobbing its head up and down to get a better look and waggling its antennae at me. Consequently, the back end of my focus stack was solid, but the front end looked like a multi-headed monster with many pairs of antennae. Sigh. Maybe I’ll stick to flowers for a while…

May 18, 2015 | Categories: Uncategorized | Tags: birds, wildlife | Comments Off on Nightingale

In my sermon today I’d like to warn you about the most contagious and distressing disease known to man. And I say man, because it does seem to be mostly men who are afflicted. This terrible disease is capable of rendering seemingly intelligent, mature men weak at the knees after driving 70 miles (yes, I do have carbon guilt) to sniff a flower which smells of cat’s pee. (There’s a reason for this beyond pure insanity). Other common symptoms are lying on your stomach in a marsh, or in heathland (which doesn’t sound too bad until you remember the ants – ouch). This terrible disease is Orchid Fever. I’ve got a bad case. And yesterday’s Man Orchids (Orchis anthropophora) just made it worse: