If you’re bonkers like the Arctic Tern, you fly all the way from the Arctic to the Antarctic, then as soon as you get there you turn around and fly all the way back again, doing the equivalent of three round trips to the Moon in your lifetime. If, on the other hand, you’re a Moorhen, you build yourself a cozy nest and stay pretty much in one place your entire life.

Inside me there’s a Moorhen struggling to stay right where it is. Big fish in a small pond.

January 31, 2016 | Categories: Uncategorized | Tags: birds, wildlife | Comments Off on Crazy Like A Moorhen

Even hardcore fans of The Bridge might choose to eschew this one … I did.

January 29, 2016 | Categories: Uncategorized | Tags: landscape | Comments Off on The Bridge

Cheilocystidia variable in shape, mostly thin-walled and lageniform often with flexuous necks, sometimes irregularly cylindric or clavate with a swollen or even capitate apex.

Now do one.
It works best if you read it in a Ray Winstone voice.

Wagtail on the wire

Two hours in the marsh and nothing else to show for it. Very few birds around and the camera was sulky and uncooperative all afternoon, I think it was feeling the cold. Nice sunset though.

January 27, 2016 | Categories: Uncategorized | Tags: birds, wildlife | Comments Off on Wagtail on the wire

I need a botanist!

As an “ex-gardener”, over the last year I’ve been trying to “rewild” my lawn. It worked well last summer and autumn with a continued succession of flowers and fungi (and a hell of a lot less work). But now that winter has come, the moss has taken over, as it always does. Like mine, your lawn may currently be more moss than grass. Depending on where you live and the underlying geology, Pointed Spear-moss is a likely culprit. I could pretend that I’m trying to emulate the beautiful moss lawns of Kyoto – but I’m not. In previous years, the rake would have come out as soon as the ground was dry enough to remove as much moss as possible and encourage the grass to grow. But now I want to encourage the wildflowers, not the grass. Will the moss choke them? To rake or not to rake, that is the question.

I still can’t get my thoughts away from Joiners. I’ve learned a lot in the past week:

But there are ways of automating all or some of the process in Photoshop. There’s no question that Photoshop can’t produce as good a result as a skilled human. But I’m not a particularly skilled human. And here’s the big question: Can a machine produce art?

Moon over the meadow 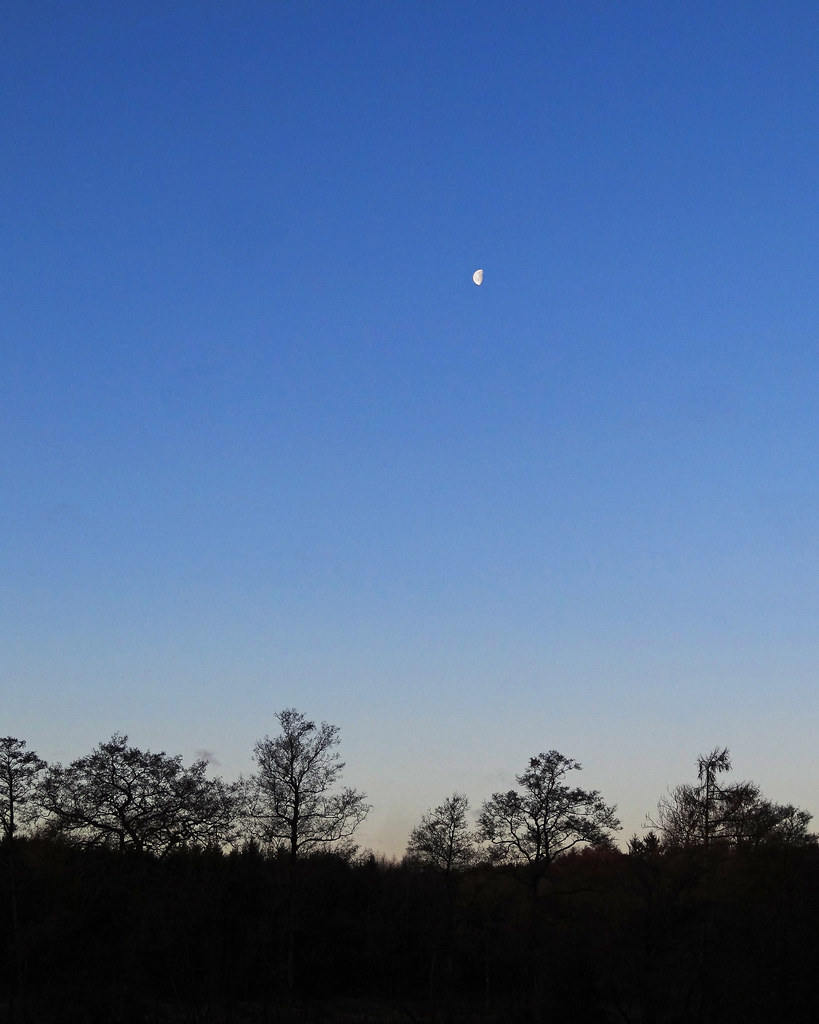 January 23, 2016 | Categories: Uncategorized | Tags: landscape, moon | Comments Off on Moon over the meadow